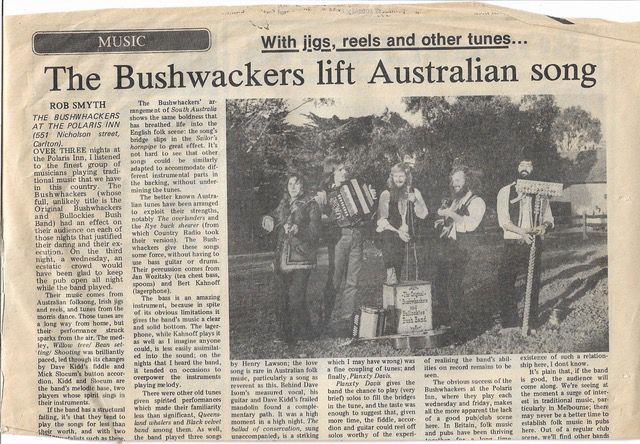 These tracks represent the first music recorded in a professional recording studio by The Bushwackers Band.

Folk singer/ Radio Presenter Dennis Gibbons arranged for the band to do some recording at Armstrong Studios South Melbourne, Australia, giving them, and trainee recording engineer Ross Cockle some experience in the studio, after hours during 1973.

This CD is taken from a cassette recording which is all that is known to survive from that time.