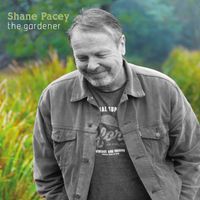 Shane Pacey is best known for his work as singer and guitarist with legendary blues band, The Bondi Cigars.
They’ve been a fixture on the Australian blues scene since 1989, with Shane’s powerful vocals and razor sharp guitar instantly recognisable to lovers of the genre.
And he’s taken the same timeless, unpretentious approach he brings to his music with a brand new acoustic album, ‘The Gardener’.
While this beautiful, often delicate recording eschews the driving electric sounds of the Cigars, there’s no doubting who is behind it. The quality of the lyrics and performances; coupled with his unique way of perceiving the world around him are hallmarks of his work.
The Gardener was recorded during a period of self-imposed isolation in the front bedroom of his flat in the NSW Southern Highlands between January and April 2018.
The isolation spawned a batch of new songs all written, performed and recorded by Shane.
It’s all acoustic guitars, mandolin and dulcimer underpinning an album full of lyrics that cover a variety of themes and emotions.
Some of the songs are deeply personal, while others are observations of the world around him. The 12 tracks on The Gardener combine to create a cohesive, finely crafted album that highlight his talents as a songwriter and musician.
This is a seriously good album, created by an artist at the peak of his powers.